It’s the end of the year, and with it comes a time of reflecting for many people. It’s a time for evaluating the year, to see what went right and what didn’t (yes, this year had a lot more wrong with it than normal).

It is a time to make resolutions and goals—yes, even for moms!—and plan for the next year.

If we’re being totally honest, 2020 hasn’t been such a great year in so many aspects.

Many people have lost their jobs, homes, security, health, and even lives. Others are dealing with crippling anxiety and depression for the first time, while others are experiencing a reoccurrence of mental health issues.

At this point, pretty much everyone is in agreement that 2020 has been the worst year most of us have lived through.

Despite that reality, the past year has also held positives. And, whether we liked it or not, it has changed many of us for the rest of our lives.

The Positive Changes of 2020

Before I get into the positives I personally experienced, let me be clear. I did not have a perfect year. In many ways this was one of the worst years I’ve lived through.

There were many times I was insanely frustrated, mad, and even depressed, about the things going on in the world.

Toward the beginning of the lockdowns, there was probably a solid month (maybe more) where our daily routine pretty much went out the window and we just watched TV all day.

I had really sucky parenting moments, and days when it felt like all I was doing was yelling at my toddler all day. A dozens of other things went wrong.

But here’s the thing. Some really good things happened this year too. But if you choose to only focus on the bad, you’ll never even notice all the good.

So, in one of my lasts posts of the year, I want to focus on some of the positive things that 2020 brought me.

Gave me space to slow down

I hadn’t realized it until recently, but I’d pretty much been burning the candle at both ends for several years.

From graduating college, to planning a wedding and cross country move, to getting married and moving to Texas, to finding out only a few months later that I was pregnant with our son, that year was overly packed with big events.

I won’t go into detail on everything that has happened since I got pregnant with Elijah, but it’s been a lot. Health issues, financial issues, emotional issues, and everything in between.

The bottom line is that I had no idea that I was running on survival mode all that time. Until 2020 came around and the world got wildly out of control.

Ironically, I don’t think I’d say this year tipped me over the edge. Instead, it forced me to slow down before I crashed and burned.

Don’t get me wrong—there is no part of me that is happy about the lockdowns. And while I hated every second of it, it just might have been what I didn’t know I needed.

I one hundred percent wish I had been able to slow down some other way. But whether I’m happy with how I had to slow down or not, it ultimately was a pause that I needed to take.

Reminded me what really matters to me

There’s really nothing like losing pretty much all your freedoms to show you what really matters to you.

Look, I get it. Despite everything we were told not to do, we likely still had more freedom than other countries experience, pandemic or not.

But that doesn’t invalidate the loss of freedom we did experience. And it doesn’t make it okay.

The point being, as much as I wish none of it had happened, it did refocus my attention on the things that matter most.

Nudged me toward cleaner living

Alright, so this is something I’ve been thinking about off and on for a long time. But watching the stores run out of everything definitely can make you seriously consider some other options.

Look, the truth is I’m probably not ever going to be all in on the clean living bandwagon. It has it’s merits, but I also believe in balance.

At least at this point, I don’t feel the need to rid my entire home of every potential toxin known to man.

Because while I think it’s a good idea to not overload your system with toxins, I also believe God designed our bodies to handle and clean a lot of them out.

That said, the last year has left me with plenty of time to think about switching out some of our every day products with cleaner options.

Prior to this year, I really had zero interest in politics. I still don’t, not really.

But the events of this year have made me realize that I’m more than willing to fight for the world my son will grow up in.

And I don’t want my kids to grow up in a world without true freedom.

Gave me the time to refocus on my family

Look, nobody’s perfect. And when I get too much on my plate, I tend to not be able to focus well on anything.

I’m not going to whine about how I had all these things to keep up with. In reality it really wasn’t that much. It was just too much for the season I was in, which was pretty much the overwhelming new motherhood season.

It just felt like more than my mental load could handle at that point. Bottom line, in an effort to focus on everything, I was essentially focusing on nothing well.

While it was frustrating at first, 2020 forced us to slow down and stop pretty much everything we were doing. All the commitments disappeared, because no one was allowed to go anywhere.

And while it initially irked me to no end, it ended up being the reset I needed.

In that reset, it gave me the time and ability to refocus on my family. And it’s been really good.

Got me reading again

Alright, this may seem trivial in light of everything else I’ve said so far. But I believe it’s important for everyone, mom’s included, to actively and consistently read.

I used to be a huge reader. I could easily read 1-2 books a week, no problem—and regularly did.

And then motherhood came, and it just kind of stopped. It wasn’t so much that I didn’t have time, necessarily. I just lacked the motivation and desire.

Most of the time, a nap sounded way better.

But 2020 changed that. I decided to try to read more, especially once I decided to stop obsessively reading the news. And something awesome happened.

Ended with a healthier routine

I’m a big believer in routines. But one thing I know about routines is that they are always in some sort of flux. And that’s the way it should be.

Because as your kids grow and your family’s needs change, your routine will need to change and adapt with it.

Personally, I have a few basic things I like to keep consistently in our routine: walking or playing outside, a nap time, shower, and time for me to blog.

Seasonally, when we do these things during the day tends to change. For the most part, this is because I have no desire to go walking in 100+ weather, nor do I want to freeze in the winter.

Anyway. We’ve always had some sort of routine from the time Elijah was a baby.

I won’t go into what our routine has been over the last year and how it’s changed—that would take too long for here.

At the beginning of the year, our routine got upended quite a bit due to the pandemic. And it had a point where it was nonexistent as well.

But now, at the end of the year, we’ve found a much healthier routine. We’ve figured out how to balance things so that I have time to exercise, Elijah and I both get outside most days, I have time to write and to read as well.

I’m not really sure how we fell into this fantastic routine. Survival, maybe? I don’t know. I just know we’re ended the year in a much better mental, physical, and emotional place than we were when it started. And that is in large part due to our routine.

I don’t want to remember 2020 as the year the world fell apart and everything went up in flames.

I want to remember it as a year of growth, and rest, and peace.

Sure, it had super crappy moments that I’d rather not repeat. But some really good things came out of it too. People stepped up and helped others. Growth happened.

What positive changes did you experience in 2020? 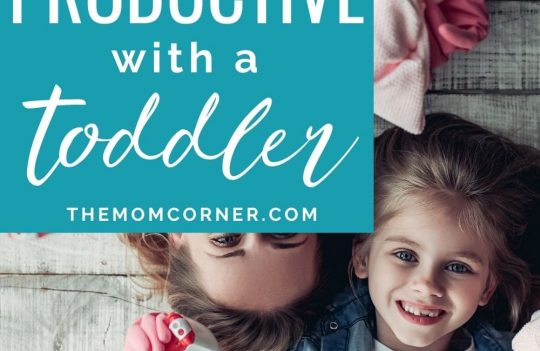 How To Be More Productive With A Toddler 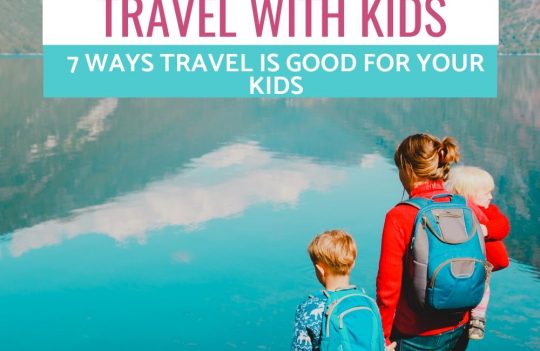 Why You Absolutely Should Travel With Your Kids 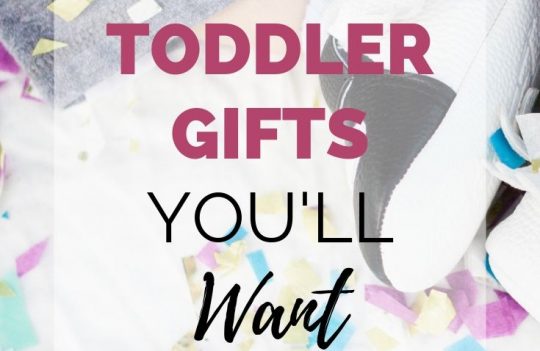 Practical Gifts For Your New Toddler
Next Post:
20+ Books For Moms To Read In 2021
Previous Post:
Realistic New Year’s Resolutions For Every Mom

This website uses cookies to improve your experience while you navigate through the website. Out of these, the cookies that are categorized as necessary are stored on your browser as they are essential for the working of basic functionalities of the website. We also use third-party cookies that help us analyze and understand how you use this website. These cookies will be stored in your browser only with your consent. You also have the option to opt-out of these cookies. But opting out of some of these cookies may affect your browsing experience.
Necessary Always Enabled
Necessary cookies are absolutely essential for the website to function properly. This category only includes cookies that ensures basic functionalities and security features of the website. These cookies do not store any personal information.
Non-necessary
Any cookies that may not be particularly necessary for the website to function and is used specifically to collect user personal data via analytics, ads, other embedded contents are termed as non-necessary cookies. It is mandatory to procure user consent prior to running these cookies on your website.
SAVE & ACCEPT
15 Shares
Tweet
Pin
Share