Being a mom brings with it a lot of mom guilt, and at times moments of regret.

But the truth is, you can’t do everything perfectly.

No one is perfect. There is no such thing as super mom.

The most anyone can expect from us is to do the best we are able with what we have and know at the time.

That being said, there are a few things that in retrospect, I wish I had done a bit differently with my first born. 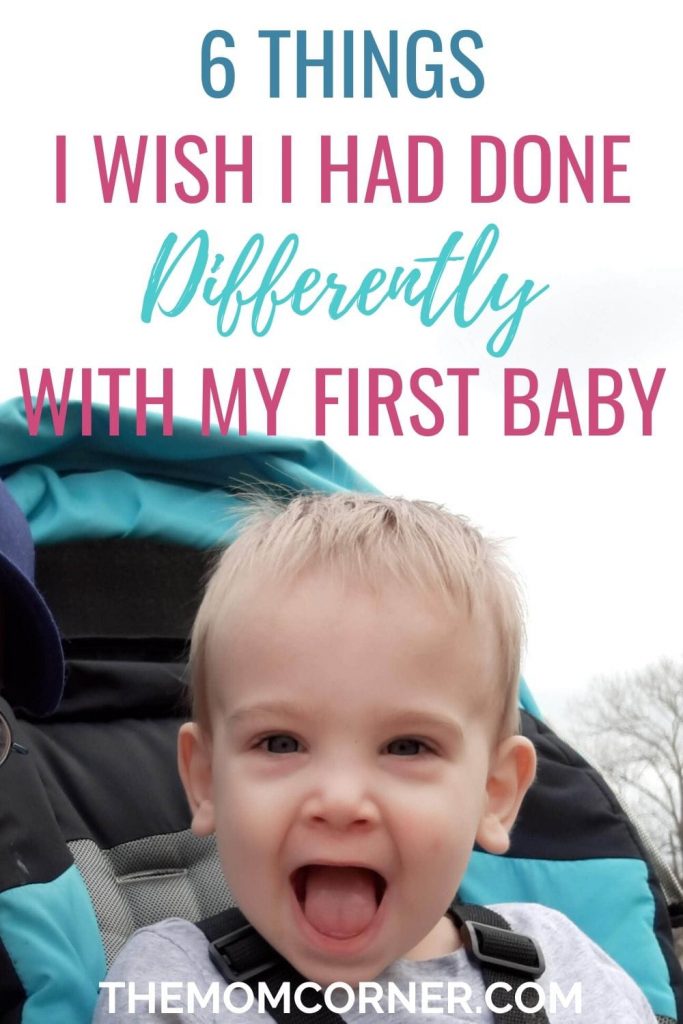 Things I Wish I Had Done With My First Born

Before we get into what I wish I had done differently with my first child, let me say that I don’t share this to condemn anything you have done or want to do (or not do) as a mom.

I hope that in sharing this, some new moms or moms to be able to think on some of the things I never really thought to do.

If you want to do some of the things I wish I had done, great. If not, that’s fine too.

Do what you think is best for you and your family.

I wish I had…held him immediately after birth

When I was pregnant, I went back and forth on whether I wanted to have the nurses dry my baby off before I held him, or if I wanted to hold him as soon as possible.

Ultimately, I ended up having them dry him off first.

Now, before anyone jumps all over my case on this, let me say this.

I am extremely sensitive when it comes to blood, gross stuff, and bodily fluids. Sensitive as in it turns my stomach.

I really had no way of knowing if my son would come out relatively clean, or if he would have blood or vernix, or whatever else all over him.

And I really didn’t know if it would gross me out enough to be a problem, or if that aversion would suddenly disappear.

Anyway. I opted to have them dry him off a bit before letting me hold him, figuring it would only take a few minutes to clean him up a bit and it wouldn’t make much of a difference.

However, that’s not really how it went down. 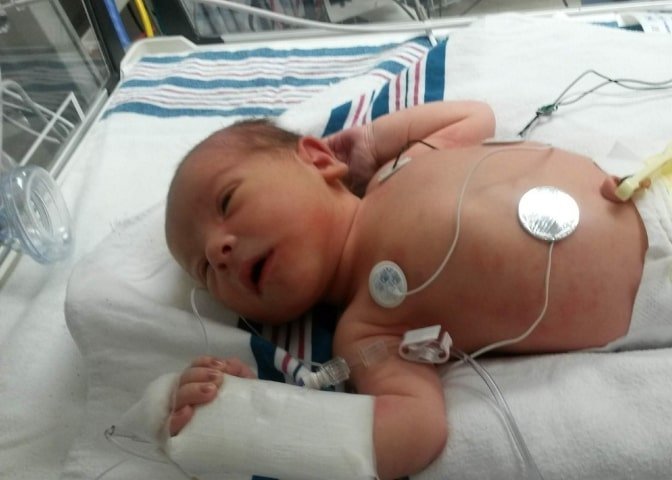 While the nurses were cleaning him up, they noticed he was having trouble breathing.

It ended up that I got to hold him for about 60 seconds while the pediatrician explained that there was a problem and what they were going to go do to figure out what was wrong.

Long story short, it turned out he had a small hole in one of his lungs. It ended up not being a huge deal and was healed within 24 hours.

Because of this, he also had to stay in the nursery for a few days before he could stay in my room with me.

But what really sucked was that my epidural didn’t wear off for about six hours after I had delivered. Which meant that I couldn’t go visit him until that night, even though he was born mid-morning.

All that to say, if I had asked to hold him as soon as possible, I probably would have had a little more time to hold him before he was whisked away.

I go back and forth on this one, because I’m not 100% sure it would have made a difference.

My son was born on a Monday morning. I was discharged 48 hours later (Wednesday), but my son wasn’t discharged until Friday.

I don’t know if other hospitals do this, but mine does so that the moms can be available to their babies whenever needed in these kinds of cases.

In retrospect, I honestly don’t know if it would have made a difference, or if I could have even managed it with how sore I was.

Related: What No One Told Me About PostPartum

But I think it may have helped lower our overall hospitable bill. Which at the time didn’t seem huge. But between my personal bill and the bill my baby racked up from his lung condition, it took us almost a year and a half to pay off all the bills we accrued.

Since we only live about five minutes from the hospital where I delivered, I wish I had opted to go home between visits to the nursery, rather than staying in the hospital room.

Again, I’m not sure that it would have lowered our bill, but I think it probably would have.

And any little bit would have helped.

I wish I had…thought to ask for financial help sooner

Okay, this is another financially related thing I wish I had done with my first born.

I only recently contacted the hospital and asked if there was any financial assistance we could receive. But I wish I had thought to ask about it sooner.

It probably wouldn’t have necessarily changed the ultimate amount we were able to have taken off our bill. But it would have been good to have known from the start.

I also don’t know if we could have gotten more off by paying the whole thing upfront, or in cash.

This potentially could have reduced our bill, and ultimately the stress we’ve carried from having to pay it off for so long.

Related: 15 Ways To Save Money On Baby Items

Alright, I tried on this one.

At the start I was pretty good about taking monthly pictures.

And then life happened, and I just started to forget.

Or I couldn’t get my baby to cooperate and lay or sit still long enough without spitting up.

And then time just started to fly. Before I knew it, a month, or two, or three had passed and I had forgotten to take a monthly picture.

It wasn’t a huge deal. But in retrospect I wish I had made a bigger effort to get those specific pictures of my first born. If only to be able to look back at a cohesive slide of month by month pictures. 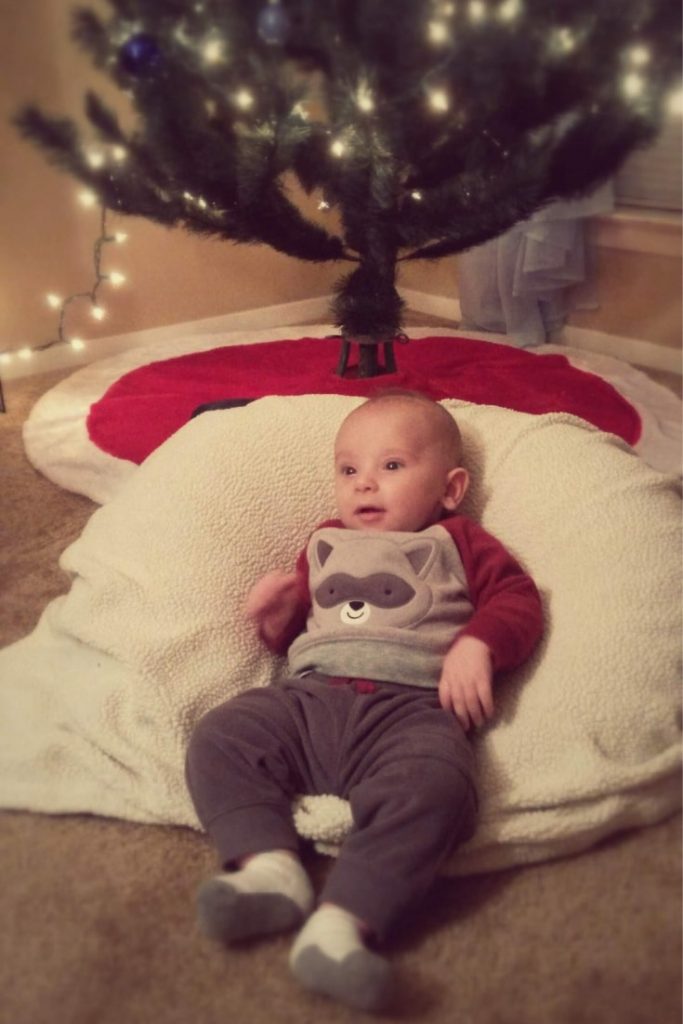 I wish I had…picked a nursery theme

Okay, so while I was pregnant I had zero desire to pick a “theme” for our baby stuff/nursery.

At the moment it just felt like too much work. And to be honest, I just wasn’t into that kind of thing.

Fast forward a year and a half, and now I want to redo my first born’s entire room, decor, everything.

And I couldn’t have foreseen how I would change as a person in that year and a half.

I really don’t think there was any way I could have known how my interests and preferences would have changed during that time period.

Still, I wish I had picked a theme to go with. Now I have fifty million themed ideas for his room, and no money to do it (we’ll get there though!).

Related: How To Decorate Nursery Walls While Renting

I wish I had…pumped when he was sick

Last but definitely not least, I wish I had thought to pump the first time my baby got sick.

My first born got sick for the first time at six months old.

Within a day or so, I got sick as well. We were a pretty sad pair, and pretty much just hung out on the couch together, repeatedly dozing off in the middle of a tv show.

At the time we were breastfeeding. However, his poor little nose was so stuffed up and snotty that he couldn’t really breathe through it very well. This made breastfeeding extremely difficult for him.

And to be honest, he really didn’t seem like he had a huge interest in nursing.

So, when he seemed hungry or interested, we nursed as best we could for as long as we could.

In retrospect, I think he was just so tired from being sick and nursing was just too hard with his nose clogged up.

In hindsight, I wish I had thought to pump and bottle feed him until we were well again. I can’t know for sure, but it may have helped my milk supply to not fall so drastically. Which in turn, would have helped prevent all the weight issues we ran into after this scenario.

Related: To the Mom Who Quit Breastfeeding

Minimize regrets by being intentional

Overall, I honestly don’t have many things I wish I had done differently with my first born. I made a point of being intentional while I was pregnant, and after my baby was born.

But, no one is perfect, right? And parenting is a learning curve, for sure. What are some things you wish you had done differently with your first born? Share with me in the comments below! 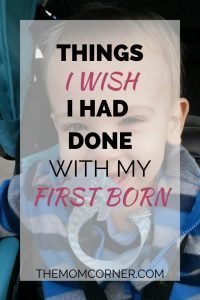 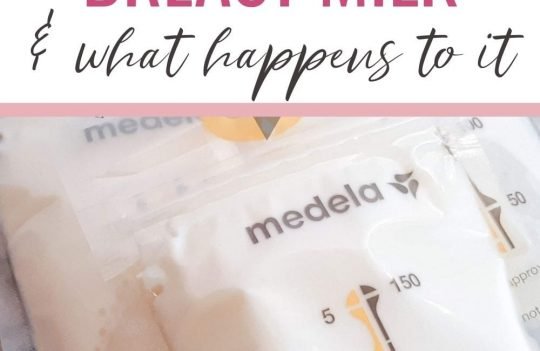 How To Donate Breast Milk, And What Happens To It

How To Enjoy The Beach With Your Baby 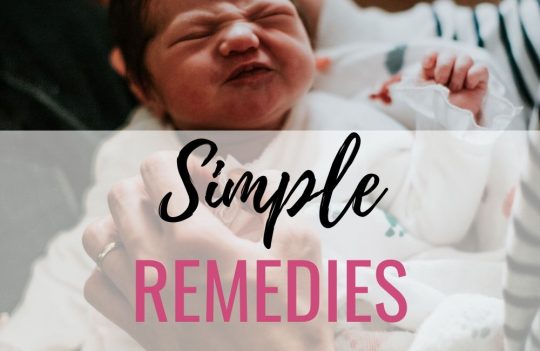 This website uses cookies to improve your experience while you navigate through the website. Out of these, the cookies that are categorized as necessary are stored on your browser as they are essential for the working of basic functionalities of the website. We also use third-party cookies that help us analyze and understand how you use this website. These cookies will be stored in your browser only with your consent. You also have the option to opt-out of these cookies. But opting out of some of these cookies may affect your browsing experience.
Necessary Always Enabled
Necessary cookies are absolutely essential for the website to function properly. This category only includes cookies that ensures basic functionalities and security features of the website. These cookies do not store any personal information.
Non-necessary
Any cookies that may not be particularly necessary for the website to function and is used specifically to collect user personal data via analytics, ads, other embedded contents are termed as non-necessary cookies. It is mandatory to procure user consent prior to running these cookies on your website.
SAVE & ACCEPT
56 Shares
Tweet
Pin
Share