We’re very fortunate to have lots of friends and family that love on Elijah at Christmas. But, when we get home and get everything unpacked, the toys are a bit overwhelming to try to store.

At this point in time, we live in a small apartment. Thankfully, we have two bedrooms, so Elijah gets his own room—this wasn’t always the case.

But even with his own room to keep his toys, sometimes the amount of toys can feel overwhelming. And really, he doesn’t even have THAT many.

So how can toy rotation help you—and us!—tame some of the toy explosions?

Table of Contents show
Toy Rotation For Toddlers
What Is Toy Rotation?
The Benefits Of Rotating Toys
Fewer toys out = less mess
Toys last longer
Toddlers don’t get bored as easily
Types of Toy Rotation
Daily Rotation
Weekly Rotation
Monthly Rotation
One-toy-at-a-time
How To Get Started Rotating Toys For Toddlers
1. Pick out bins/containers for toys
2. Divide toys up
3. Bring out one bin at a time
Have you tried toy rotation?

I’ll be honest. Part of our problem with the toys right now is that Elijah loves to bring 75% of them out into the living room. Every. Single. Day.

And even though part of our daily routine is to clean up toys before lunch, dinner, and bed, he still drags out every toy imaginable. Every. Single. Time.

Maybe it’s a toddler thing. Maybe it’s just my kid. Whatever it is, one thing that helps us to tame some of that toy explosion is a concept called toy rotation.

What Is Toy Rotation?

Toy rotation is exactly what it sounds like: rotating certain toys out for your toddler to play with, and later rotating new ones in while putting the others away.

The idea behind this is that at any one time, your child does not have access to every toy he owns. Instead, only certain toys are available until it comes time to switch them out.

The Benefits Of Rotating Toys

For some, rotating toys may sound like more work. While the initial setup may take some time, depending on how many toys you have to sort through, in the end toy rotation has some great benefits.

One of the benefits of toy rotation is that there are fewer toys loose in the house. Which in the end, typically means there’s less toy mess to clean up at the end of the day.

This also means that the house will feel less cluttered throughout the day.

One big benefit of this system is that toys typically last longer, since they are not used constantly or left out to get stepped on and broken. Typically toy rotation helps toys to last longer and stay nice longer.

Toddlers don’t get bored as easily

Another big benefit is that toddlers don’t get bored as easily as when they can play with any toy at any given moment. Because toys are rotated out for new ones, each toy stays interesting and engaging for a longer period of time.

Switching out toys from time to time helps keep everything fresh and new. This will also encourage more independent play—win win!

As with anything, there’s more than one way to do an effective toy rotation. It may take a little experimenting to figure out what works best for you and child, and that’s okay.

Let’s quickly go over some different types of rotation, and then talk about exactly how to set it up.

On a daily rotation schedule, toys are switched out on a daily basis. To do this type of rotation, you would need a bin of toys for each day of the week.

This type would likely work best for older children, children with a lot of toys, and stay at home moms. For daily schedules, you could include a few of the same type of toy in each bin, such as a puzzle and a few books. Then divide up the rest of the toys.

On a weekly rotation, you would likely need three or four bins to divide up toys and switch out for a new bin each week.

This type of rotation schedule would work well for kids who are in daycare, preschool, or another childcare arrangement during most or a good part of the day.

Kids who aren’t home all day tend to stay interested in a set of toys for longer, since they see and play with the toys less than those who are home all day.

If switching out toys frequently sounds like too much for you, there’s always a monthly rotation. This is great if you don’t want to be switching out toys often, but still want to occasionally freshen up the toys available to your child.

If you choose this type of rotation schedule, you might consider leaving out books, puzzles, and quiet toys out of the rotation. That way, these items are always available to your kids when you need them.

I’ll be honest. We aren’t nearly as organized with this as I’d like to be.

In order for this to truly be effective for my particular kid, I would have to set aside the “out-of-rotation” toys somewhere Elijah couldn’t reach or access them. And in our small apartment, we just don’t have the space for that right now.

For us, dividing them up doesn’t work well with the space we have available to us. But, we do practice it more in concept.

For example, rather than only giving him certain toys for the day, I let him pick what he wants to do. But I work to keep him engaged with that particular toy or activity as long as possible. And when he’s done with it, we try to get him to put it back before starting something new.

This is a great way to keep the concept of toy rotation, without needing space to store “out of rotation” toys.

How To Get Started Rotating Toys For Toddlers

1. Pick out bins/containers for toys

To get started, you’ll want to pick out some bins or containers to divide up the toys (unless you’re doing what we do, and stick to one toy played with at a time).

The size of your bins will depend on how often you plan to rotate them out. For example, a daily rotation schedule will likely need smaller bins—unless of course you have a ton of toys to rotate, or a lot of large toys.

Note: if you have a lot of large toys, you might consider putting one or two large toys in each bin, and leaving some out to be played with at any time.

Containers you plan to switch out weekly or monthly will probably need to be larger and more heavy duty. I’ll link a few of my favorite types of toy storage containers below.

Once you decide how often to rotate your toys, you’ll need to divide them up into your bins. Try keeping similar toys in the same bin, or divide them up so that there a few different types in each bin.

For example, maybe in the Monday bin there are a few race cars, in Tuesday’s bin there’s a few construction type trucks, Wednesday is regular cars, and so on.

There’s really no wrong way to divide up your toys, as long as there’s about the same number in each bin. Remember that you don’t have to divide up every toy they own, either.

Feel free to leave puzzles, books, and quiet toys out of the mix to be accessed at any time. Or, if you have enough of them, divide them up into the bins. Do what works best for you and your child!

3. Bring out one bin at a time

Once you have the toys divided up, you’ll need to stash away the out of rotation bins somewhere out of sight and reach.

Then, bring out that day, week, or month’s bin of toys for your child to play with until it’s time to rotate.

Give your rotation schedule some time to work, but if you find that it’s not working for you for some reason, feel free to change it up so that it does. You may find that a longer or shorter rotation works better for you.

Have you tried toy rotation?

Now it’s your turn to share with me in the comments below! Have you tried toy rotation? What have you found works best for your child? 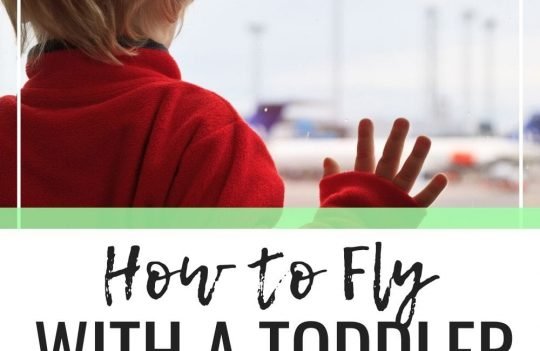 Insanely Simple Tips For Easy Flying With A Toddler 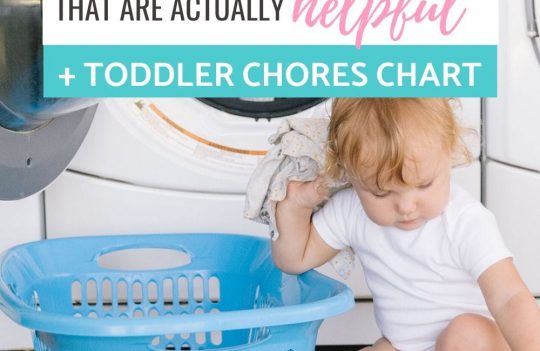 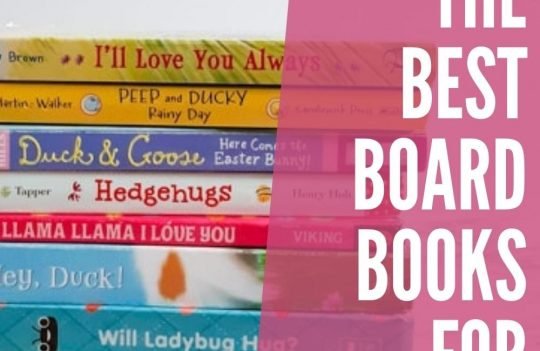 13+ Of The Best Board Books For Toddlers
Next Post:
How To Quickly And Easily Get Your Spring Cleaning List Done
Previous Post:
How To Be A Better Mom This Year

This website uses cookies to improve your experience while you navigate through the website. Out of these, the cookies that are categorized as necessary are stored on your browser as they are essential for the working of basic functionalities of the website. We also use third-party cookies that help us analyze and understand how you use this website. These cookies will be stored in your browser only with your consent. You also have the option to opt-out of these cookies. But opting out of some of these cookies may affect your browsing experience.
Necessary Always Enabled
Necessary cookies are absolutely essential for the website to function properly. This category only includes cookies that ensures basic functionalities and security features of the website. These cookies do not store any personal information.
Non-necessary
Any cookies that may not be particularly necessary for the website to function and is used specifically to collect user personal data via analytics, ads, other embedded contents are termed as non-necessary cookies. It is mandatory to procure user consent prior to running these cookies on your website.
SAVE & ACCEPT
190 Shares
Tweet
Pin
Share