If you’re anything like me, you’ve done a crazy amount of research in preparation for pregnancy.

I can remember spending hours every day researching every conceivable detail of labor, delivery, and taking care of a baby.

However, there are still a few things that no on told me about postpartum.

To be honest, postpartum was the area of my research that I found the least amount of information on.

In reality, once you leave the hospital, very little information is given you regarding your postpartum experience.

But, despite my research ahead of time, a few things still escaped me when it came to my postpartum experience. 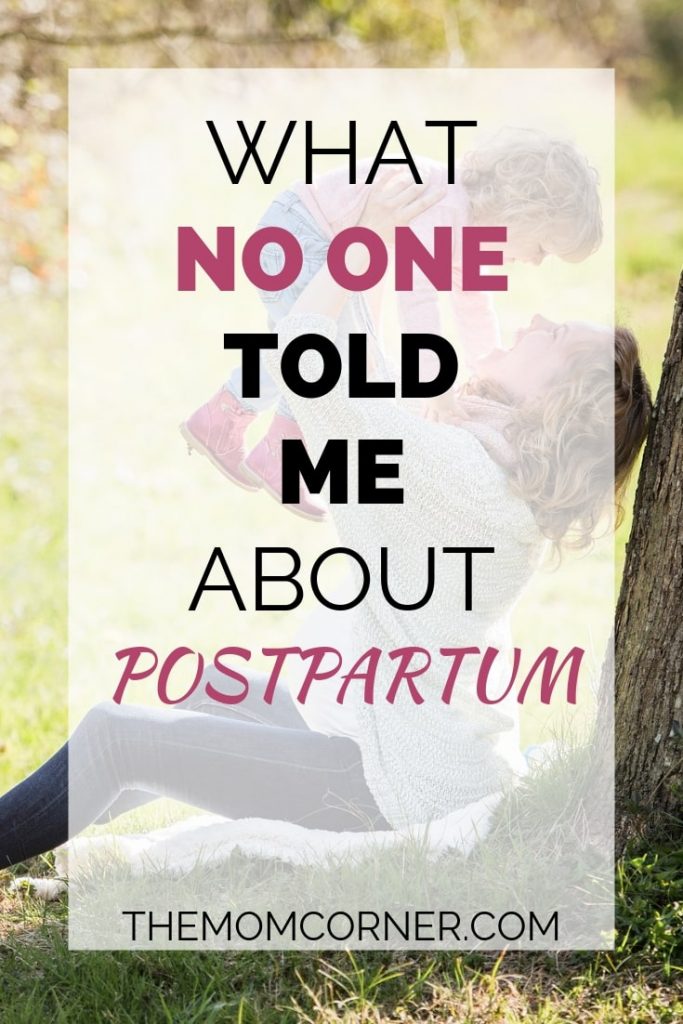 What No One Told Me About PostPartum

It’s a little crazy to think that prior to delivery you were trucking into the OB office at least every other week in the last month or two of your pregnancy.

Then all of a sudden they send you home with a packet of general information and wish you well for the next six weeks. What is up with that?

What no one told me was that in reality recovery can take longer than those six weeks.

Okay, to some degree I knew that. I knew it may take a week or two longer. But I was not expecting it to take more like twelve weeks before I was really, fully recovered.

Now, don’t let that scare you off. Do remember that everyone recovers differently, because everyone’s labor and delivery is different.

It is worth noting that while I did delivery vaginally, I did end up with quite a bit to recover from (without going into further detail).

I also chose to forgo any medication after delivery, even though it was offered multiple times.

Now, that’s just me. If I had taken the meds maybe I would have recovered faster…or maybe not.

It was the choice I made, which you may or may not make depending on your own situation. 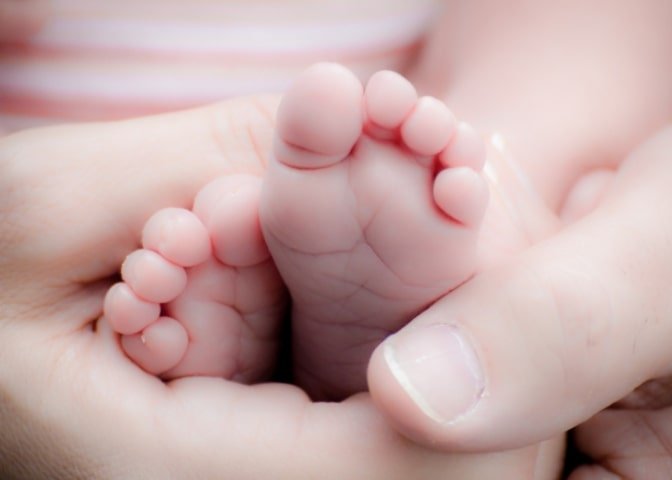 I had some weird dreams during pregnancy, but nothing like the ones I had after having my son.

To be honest, I think a lot of it stemmed from the fact that I was adamant about not co-sleeping.

Side note: I am not against anyone co-sleeping. If that’s what is right for you and your family, be my guest. I just didn’t feel it was a good idea for us at the time, largely because I can’t sleep with him in the bed with us.

Anyway, within the first week or so after we were released from the hospital, I started having crazy dreams.

They pretty much all revolved around me thinking that the baby was in the bed with us and falling off the edge, or crawling away.

The craziest part was that it felt so stinking real it wasn’t even funny.

But these ridiculous dreams had me jumping up and clawing at the bed while trying to grab the child that wasn’t there.

Because contrary to the dreams, I was very good about getting up, feeding the baby, and putting him right back in his own bed.

But once I got back into our bed and fell asleep again, I’d end up dreaming about him being in bed with us.

Or I would dream that I had nursed him in bed and would wake up to my alarm thinking that I had just done it…only to realize it had been a dream.

I would dream that I had nursed him in bed and then fallen asleep with him there (which never actually happened).

Guys, it was crazy and drove me just a little crazy and paranoid for a while there.

If I’m being really honest, I still occasionally have a dream about him crawling around in our bed, ten months later. At least at this point I’m no longer worried about him being there with us!

Now, this one is not true for everyone, and happened to me several months after I had my son. However, it was most likely caused by my pregnancy.

Several months after my son’s birth, we took a trip to the ER at 1am after I had been in severe pain for at least two hours.

As it turned out, I had developed gallstones.

The ER doctor informed me that women who have been pregnant are much more likely to develop gallstones.

Evidently this yet another crazy thing that can happen due to the wacked up pregnancy hormones.

Not once in all my pregnancy/baby research did I every hear anything about the potential of me developing gallstones. Apparently it is a possibility.

I’m still in the process of getting these pesky little terrors taken care of. Let me tell you, they are not fun.

Now, keep in mind that these things may not all be true for you.

Or, maybe none of them are true for you.

Truth is, everyone has a different experience.

If you’re expecting, what are some crazy things happening to you now that no one told you about?

If you’ve already had your baby, have things happened to you that no one told you about? Share with me in the comments below–I’d love to hear from you! 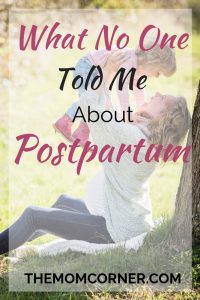 This website uses cookies to improve your experience while you navigate through the website. Out of these, the cookies that are categorized as necessary are stored on your browser as they are essential for the working of basic functionalities of the website. We also use third-party cookies that help us analyze and understand how you use this website. These cookies will be stored in your browser only with your consent. You also have the option to opt-out of these cookies. But opting out of some of these cookies may affect your browsing experience.
Necessary Always Enabled
Necessary cookies are absolutely essential for the website to function properly. This category only includes cookies that ensures basic functionalities and security features of the website. These cookies do not store any personal information.
Non-necessary
Any cookies that may not be particularly necessary for the website to function and is used specifically to collect user personal data via analytics, ads, other embedded contents are termed as non-necessary cookies. It is mandatory to procure user consent prior to running these cookies on your website.
SAVE & ACCEPT
74 Shares
Tweet
Pin
Share